You may have noticed that screaming televisions, pessimistic newspapers & antisocial streams are continuing their agenda of misery.  Quiet Quiet Band encourage you to reject it!

Sure we’re all fucked now, but why get down about it.  Why not rejoice in these 3 great things happening in 2017.

Say nay to the naysayers and say yay to the yaysayers. We will stand together and take 2017 by it’s beautiful balls.

Take a moment to breathe in that fresh 2016 air. Smells good, doesn’t it? Full of excitement and promise. Or maybe that’s just the wilting veg in my fridge…

We’ve started this year on a sad note, with the news of the deaths of musical legends like Lemmy and David Bowie, and our own fair Jay Newton leaving the band for faraway lands. We’re hard at work on the next phase of QQB, figuring out old favourites as five men rather than six, and considering where we go from here. Reading friends will get a taster of what’s to come at our next show, at the Rising Sun Arts Centre on January 29th. We’ll be celebrating Independent Venue Week at Club Velocity, and we hope you’ll join us! Small venues like the Rising Sun have been so important to all our musical lives, not just with QQB, and we have to go out and show our support for the ones we love before they get turned into a Tesco Express or some shit.

Also just announced is an appearance at the Arena Sessions on March 2nd. Hosted at a secret and extremely intimate location in London’s Manor House, we’ll be playing a rare acoustic show alongside Kai Carter and the London Klezmer Quartet. Links for furter info and tickets below:

In November we spent some time snuggled up in Tottenham Hale at REKroom studios (http://www.rek7.com/#!rekrooms/c1kwx) recording some tasty new jams of a couple of songs that have been part of our live set for a while, and some new tunes too. Look out for them in the months to come!

Lastly, as a little present from us to you, is a recording of our song Carol Ann, captured live at the Magic Garden at our show last November. Please enjoy and be merry, and we’ll see you on the road in 2016!

Sometimes January sucks. No cash. No excuse for drinking all day. No fun.

Instead January 2015 brought with it such wonderful gifts for all things Quiet Quiet Band.

1) We met so many great new friends at our shows at Camden Monarch, The Good Ship & Oakford Social Club – your flowers are all on order

So on the eve of St Valentine I declare undying adoration to all who have made this a particularly sexy 2015.

Just got back from 2000 Trees. Pretty tired but great festival. How about you?

See you there next year?

Okay then.  We’ll be wearing the pink carnations and MJ tees. 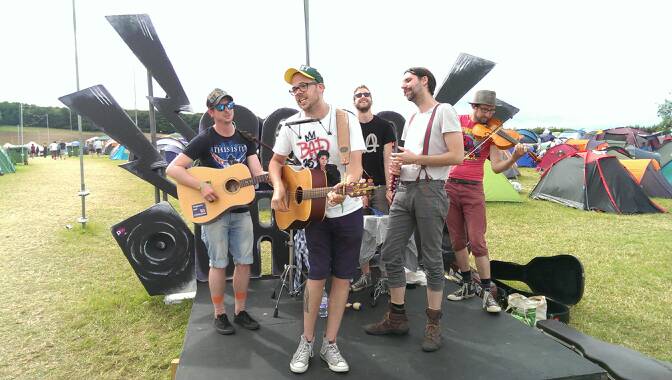 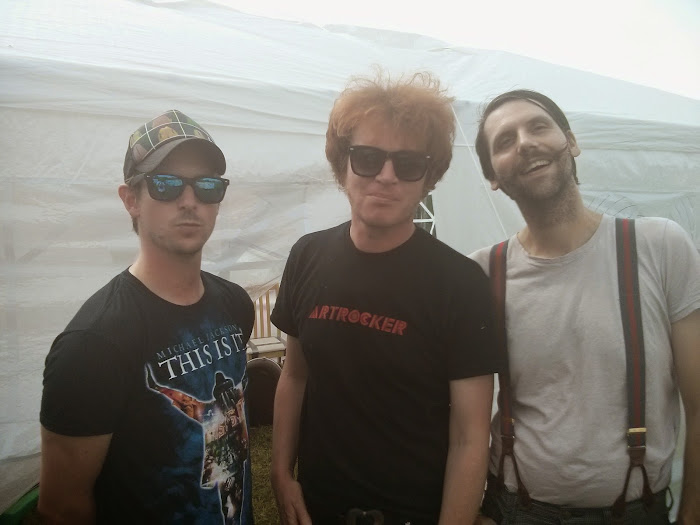 Here is a video that the lovely Chris Stokes recorded at The Finsbury show. The song is Battery Human – which is one of my favourites off the new album. Enjoy.

It’s been a great week this week.

Thing the First: our show at The Finsbury on Thurs 5th June was a belter.  Screaming shouting dancing – thank you to all who came and let their hair down.  Hopefully we’ll have some more London shows soon for you.  🙂

Thing the Second: I am very pleased to announce that the lovely folk @Addistock (http://addistock.wordpress.com/) have got Quiet Quiet Band on the bill at 2000 Trees Festival (http://www.twothousandtreesfestival.co.uk/).  Lovely people – lovely festival.  There are tix left too so get involved…